Inertia is the property of a body that tends to maintain its state of motion. When the cardboard is jerked quickly, the coin will fall into the glass. When the book is pulled out, the books on top will fall downwards. 2. Yank quickly – Thread B will snap.

Passengers in a Vehicle

When a car stop, passengers in the car will be thrown forward.

Explanation
When a car stops, the effect of inertia causing the passengers’ body to maintain their motion forward. As a result, the passengers are thrown forward.

When a car accelerates, passengers in the car will be thrown backwards.

Explanation
When a car accelerates and moves faster, the body of the passenger tends to maintain its state of motion due to the effect of inertia. As a result, the passenger is thrown backwards as he moves slower than the car. Empty Cart is Easier to be Moved

An empty cart is easier to be moved compare with a cart full with load. This is because a cart with larger mass has larger inertia to resist the attempt to change the state of motion.

Car with Higher Load is More Difficult to be Controlled 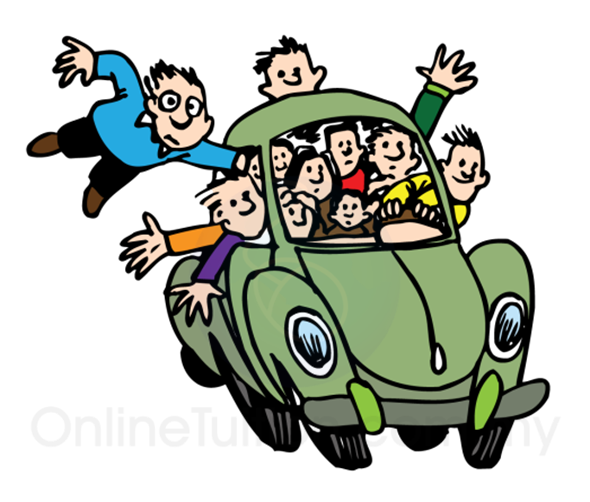 A car loaded with more passengers is more difficult to be controlled.

1 thought on “Mass and Inertia”