Properties of the cathode ray

The properties of cathode ray can be studied by using the Maltese Cross tube and the Deflection Tube. 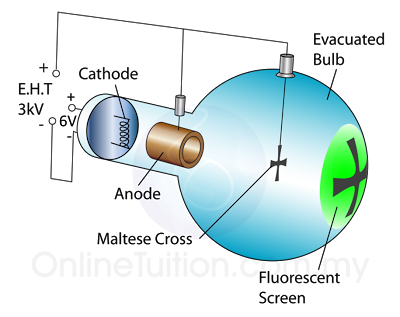 Note:
The filament glows and emits light.
The light is blocked by the cross and hence a shadow is formed on the screen.

6V DC Supply: ON
3kV EHT: ON
with Magnet 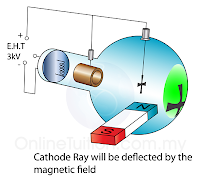 a 6V DC Supply: ON
3kV EHT: ON
with Electric Plate 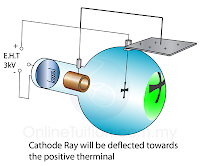 Note:
The cathode can be deflected by an electric field. 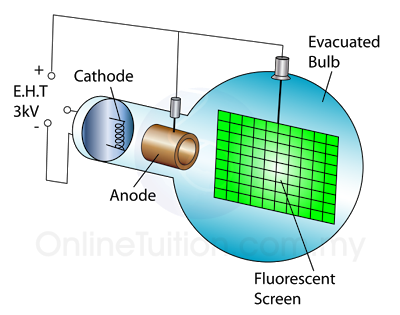 The characteristics of cathode ray can also be determined by using a reflection tube.