When a rope attached to an object is pulling on the object, the rope exerts a force T on the object, and the magnitude T of that force is called the tension in the rope. 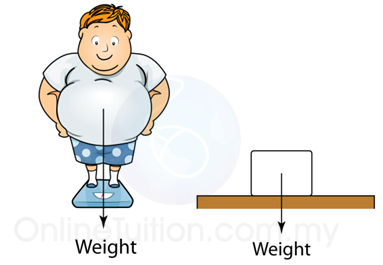 1. Weight is the gravitational force acted on an object.
2. It is always point towards the centre of the earth. 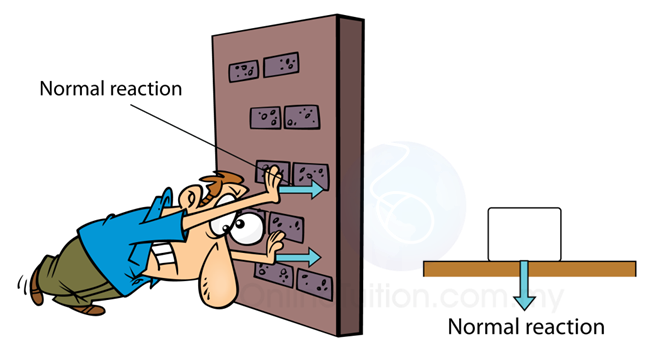 Normal reaction is a force acting perpendicular to two surfaces in contact with each other.
Example

Newton’s third law of motion states that for every force, there is a reaction force with the same magnitude but in the opposite direction.