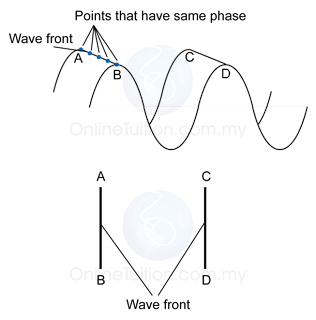 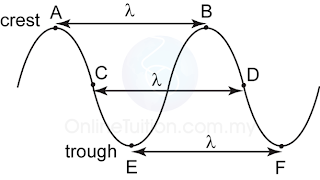 The wavelength (λ) is defined as the distance between two successive particles which are at the same phase (exactly the same point in their paths and are moving in the same direction.).